Skip to content
Our heartfelt thanks go out to all whose generosity make Goju at Home possible. PLEASE DONATE 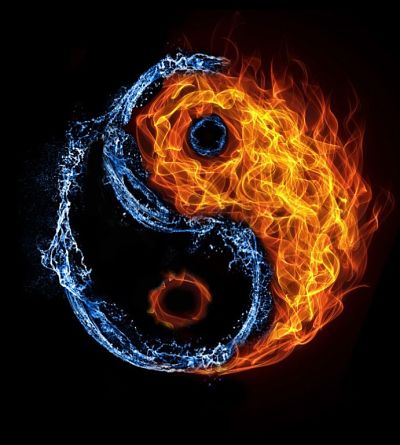 Greetings, fellow karateka. May the force be with you.

By force I refer to the inner power that is cultivated and applied through right action, relaxation, and intention.

You might think of it as energy, qi or ki that is stored in the abdomen and directed toward a target.

But it is significantly more, for it involves a recognition that all things are connected through energy, and that by harmonizing ourselves with that energy and removing the barriers to its flow, it becomes available for health, combat, and even manifestation within your reality.

It is this perspective that I bring to our goju-ryu training, albeit one that I did not acquire in the dojos or clubs of my youth.

My original goju training was traditional. Line drills of kihon and kata, repetitively practicing techniques and attempting to perfect the tiniest of movements according to the standards passed on from sensei to student over the years.

The concept of ju, though untaught in those classes, attracted me. Hard attacks. Soft blocks. Or so I thought, for the softness never came. Speed and power were the rule. Force meets force.

That certainly is one use of energy. But that form of energy, applied through acceleration and momentum, was intended only to apply physical force at the point of impact of a kick or strike. It was best represented in the front punch (seiken zuki) by the fist mimicking the end of a pole or blunt spear thrust into the opponent.

Effective, certainly. Devastating if properly applied, of course. But the concept of energy was never discussed.

The ju side of goju seemed to be a misnomer, a false promise dangled as a possibility. And though I didn’t know it at the time, I set course to find it.

It was quite by accident that I ended up on such a track. For my own club had disbanded after I graduated from law school. The principal who had allowed use of her gym was transferred to a new gig, and the new one didn’t know me from Adam.

I looked into renting space for a commercial dojo, but it came down to a choice between taking on all the financial risk that entailed vs. launching the law practice that would support me and my family.

So my teaching stopped, as did much of my training. Sensei Jack Coleman had moved to the San Diego area, and my weekend drives to Toledo to practice with the other black belts slowed.

Newly married, I got fat and lazy without the regular intensive practices I had known, supplemented by running and lifting on off-days.

My wife saw its impact. Eventually she talked me into checking out a class about a half-hour away. But it was in Shaolin kung fu, through which I met Joe Cavallaro, who invited me to come train with him and a couple others in his apartment.

I can still picture it. A couch was standing on end in the corner of his tiny living room. A large mirror was leaning against a wall. No A/C. And no other furniture. Just a handful of die-hards getting together to keep training and learn something new.

Joe had studied a private Chinese family system of kung fu in Colorado, and used stances and techniques I hadn’t seen before. He started teaching me to move. Coordinating movements. Tai chi. Bagua. Punching with power. Then layering in some pentjak silat, escrima and more.

But at its core was energy — relaxing to such a point you could sense the opponent’s oncoming energy and balance, and join with it to defend or counterattack.

I was hooked and looked to supplement it with inner work in qi development through taoist meditation and standing. That continued for several years.

Then I moved to Florida, and never found another instructor or school to study with. There were many around, but I continued training myself in the principles and practices I’d acquired with Joe and on my own.

I had become that which my goju instructors had railed against, a practitioner whose methods were not “pure” or traditional in the sense of following a strict dojo practice focusing strictly upon the hard, physical attributes of the system.

Perhaps I was something of a pariah, I guess. But I’d always been one to go my own way. Then again, I had to with no nearby dojo or sensei to rely on, and Mr. Stamper and the GKK so far away.

That training, mostly alone at home, I continued on and off for the next 20+ years until a severe illness nearly killed me. For years after that I was barely able to do qigong or walk the circle, and never with the regularity or intensity I had previously known.

Then in an effort to get in better shape during lockdown, I was inspired to return to my goju roots to practice the kata I loved. The idea was to perfect and keep what I had worked so hard to attain, hoping that I could get like Gichin Funakoshi (of Shotokan fame) and do all my kata daily as a form of regular exercise.

Then I started teaching goju to my son, just like the old masters passed their arts on to theirs. And that led me back to the ju side of things that I thought was so important to me over the years.

For through it all, the inner training never left me, and even now I find myself teaching its principles alongside traditional goju material to my son. And as I work out those kinks, give it to you here.

What’s in it for you?

The elements of that inner training is what I hope to pass on to you here. Principles. Movement. Techniques. And how you might incorporate them into your own efforts to perfect your goju art.

My hope is you will try them on for size, and approach them with an open mind. They are based on the principles of what many refer to as the internal arts based on energy practices like tai chi, bagua and hsing yi, as well as those of fighting systems like wing chun, thai boxing and more.

Words can’t do it justice. You have to feel it and do it to understand.

But when you do, you will have tools to take your own practice to the next level. It may not directly help you with your kata or ippon kumite, but it will help to bring energy and balance to your life and training, and provide more choices of where you’ll take it from here.

With that, I’ll leave you for now. See you in the digital dojo.

Learn or Train with Us