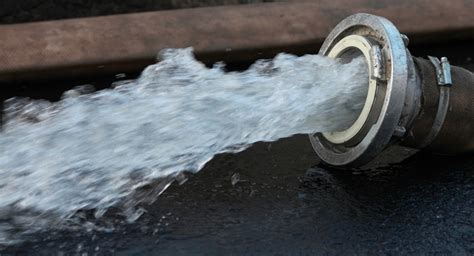 Goju is meant to be both hard AND soft. But hard chokes off the flow of energy within you. So how soft do you have to be to feel and get into the flow?

Better yet, why should you even care?

By energy I refer to qi, or in Japanese, ki. I will use the Chinese terminology because it was only after I started in various Chinese systems that energy became a thing.

Think of qi as a life force that pervades and connects all things. It flows into, through and out of our bodies, and even into others and our affairs in the world. You know, like Obi Wan said, “Feel the force, Luke.”

To get a picture of this interaction, consider the impact of a strong emotional state on those around you, where your joy or anger “bleeds over” to them. The energy of your moods, emotions, words and deeds can pick them up, get them down, agitate, anger, calm and even subdue them. In short, the energy expressed by the way you are in every moment affects those around you, too.

This flow of qi within the body is at the heart of traditional Chinese medicine as well as Japanese acupressure. Blockages occur within the body’s energetic pathways (channels and meridians), setting up imbalances and cutting off the flow of energy to the various organ systems.

It’s HARD not to be hard.

In goju-ryu, we train the body to be hard. This is the essence of Sanchin kata. External “hardness” is used to defend against incoming attacks, supporting muscular strength with internal tension and compressed, forced breathing. The theory is to use the body’s energy to externalize its defenses to repel attacks, theoretically that they bounce off you without impact.

This is a valuable practice. Every practitioner from green belt and above is expected to train at it diligently until it becomes second nature, and the body learns to partially absorb and reflexively repel attacks.

But that is only “hard,” the go in goju. And even then there isn’t any need to understand energy or its use.

Trying to add in the soft, however, is where things get interesting. Because now we have to unlearn the ways of hardness if we want to begin the sense the energy within a particular sequence or interaction.

Energy, in one such sense, is that of matter in movement, which we know as momentum. Newtonian physics tells us that momentum is a function of mass times velocity (p=mv). In order to repel an attack by hardening the body, the energy of your resistance must be greater than the energy released by the oncoming strike or kick.

In another sense, however, energy also includes the ability to marshal the qi already within the body, or accessible to it from outside its physical boundaries, and use it to supplement (and sometimes replace) the momentum of movement or force of resistance.

Think of it like water shooting out of a fire hose.

So when I speak of “getting into the flow,” I’m referring both to the energy of both momentum and resistance, supplemented by the qi mobilized by the mind/body complex.

To work with energy, your “unlearning” requires you to develop new attributes like relaxation, sensitivity and movement, all working in unison to join with, move around or deflect incoming attacks, or to apply them on offense to mount your own.

This energy is not just present in combat; it’s always circulating in your outer world and within you. But for now, our focus will remain on its martial applications.

Go with the Flow.

Getting in the flow means sensing where those energies are directed and going with them, rather than opposing them. Force against force is obviously one way of NOT being in the flow. It can be an effective combat style, but not for enhancing one’s ability to bring more ju into their training.

Becoming soft, then, requires a whole new way to move than our karate training normally teaches. Think of normal kumite with two players squared off in a fighting stance. Following an initial entry move by one or the other, both players tend to “square off,” usually chests parallel to each other and both shooting attacks wherever they best hope can land.

Going with the flow, on the other hand, would require one of them to sense the momentum of the oncoming punch and either yield to it or move around it by stepping, pivoting, weight shifting, or other method. The attack would be left to expend itself harmlessly in the air where you once were before you moved, sometimes guided away by a hand or arm just to make sure it doesn’t hit you before you’re completely clear.

I know this is a simplified version of a complex process. What I want you to understand is that to apply both go and ju (hard and soft) in your practice requires you to be able to seamlessly shift from hard to soft back to whatever is necessary to subdue your attacker and not be harmed by the attack.

Now, we ostensibly teach soft blocking through kake uke, but you know how it’s applied — like a windshield wiper on a car windshield, while the body normally remains static in the line of attack. If the block fails, we get hit. If it doesn’t, we’re still squared off, hopefully in position to launch a counterattack of our own.

But rarely do I see anyone trying to join with the oncoming attack, merging their energy with it and then redirecting the attack, much less flowing in simultaneous movement into a counterattack of their own. (Think of Aikido or Tai Chi for this kind of defense.)

So here’s my challenge. Next time you practice kake uke with a partner, practice pivoting out of the way and joining with the attack, then gently extending it harmlessly past you before its momentum is expended. (You’ll have to be quick and relaxed, using the deflecting hand to merge with the attack while simultaneously using the other to control and extend).

Focus on feeling the flow and merging with it.

It’s the first step to bringing out the ju in you.